So, you have been arrested and charged with OWI per se. So, how is that different from a traditional OWI? Or is it even different at all?

Here is what you need to know about OWI per se and what per se laws mean.

When you are arrested and then charged with OWI based on a blood alcohol content (BAC) or breathalyzer test ALONE, then you are said to be charged with OWI per se. This is different than a traditional OWI in that the officer does not have to prove that you are impaired. Only that you have consumed alcohol in the amounts necessary to exceed the legal limits set forth by the state in which you are charged.

A traditional operating while intoxicated charge, on the other hand, takes into account your level of impairment. You do not have to have a blood alcohol content that exceeds the legal limit if the officer can demonstrate that you are impaired and have alcohol in your system.

So, how does a police officer go about establishing impairment?

So, if you do not have to have a BAC level that exceeds the state’s legal limits in order to be charged with OWI, why would any officer go through the trouble of administering them?

The reason that field sobriety tests are conducted is because people react to alcohol differently. For some, even the smallest amount of alcohol in their systems will impair them enough to deem them unsafe to be driving. The field sobriety test will help officers discover these cases and allow them the latitude they need under the law to charge someone with OWI even though their BAC is well below the legal limits. However, on the other hand, some people can consume large amounts of alcohol and function as well as they could sober. The per se laws allow officers to charge someone with OWI even if they do not seem to be impaired, so long as they meet the legal definition of intoxicated, via their BAC or breath test.

There are many different ways you can be charged with OWI. However, regardless of whether you are charged with OWI or OWI per se, these Arrest Records will be part of your permanent background forever. This is important to note since the presence of arrest records in your background can prevent you from getting or keeping some very lucrative employment opportunities.

Arrest Records for OWI and OWI per se are treated in the same manner.
Marchelle Lamaster

Why You Need to Write a Living Will

Why You Need A Divorce Attorney 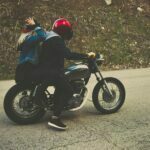